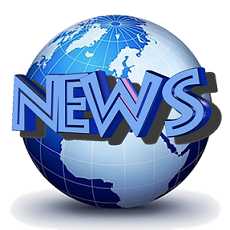 How the Trump administration implements tax reform constitutes the biggest factor that might sway global markets in the next six months, the local branch of the US fund house said after a semiannual poll of about 1,000 Taiwan financial advisers.

Trump last week signed the tax reform legislation, making investment in the US much more attractive by cutting federal corporate income tax from 35 percent to 21 percent.

A total of 57.27 percent of local financial advisers said they would watch closely how the issue evolves, as the US plays an important role in driving the global economy, the survey found.

The legislation is favorable to the US economy and Wall Street, with the boosts likely to extend to the Asia-Pacific region, where contract manufacturers for global brands are clustered, it said.

While investment funds flow to the US, other economies could suffer and would likely take measures to avoid a crowding-out effect, it said.

The monetary policy stances of developed countries ranked as the No. 2 concern, with 42.84 percent of advisers saying that they would monitor how monetary policy decisions would affect global financial assets, the survey found.

The US Federal Reserve earlier this month raised policy rates by 25 basis points and indicated that there is room for three more hikes at the same pace next year.

It also plans to offload US$20 billion in assets.

The Fed decisions would have influence on central banks in Europe and Japan, with local advisers saying they need to watch how it pans out, the survey found.

The movements of the US dollar against emerging market currencies also carried significant weight, with 42.2 percent of local advisers deeming it a potential risk, the survey showed.

The US dollar softened by more than 8 percent against major currencies this year to its weakest level in a decade, and investors should pay attention to whether the trend continues next year, JPMorgan director Liu Ling-chun (劉玲君) said, adding that a weak US dollar allowed emerging market currencies and their bonds to gain value.

A total of 96.8 percent of the advisers said their clients made money this year and 94.16 percent remained upbeat about the coming six months, the survey found.

Nearly 70 percent said they expect the gain to fall within 10 percent next year.